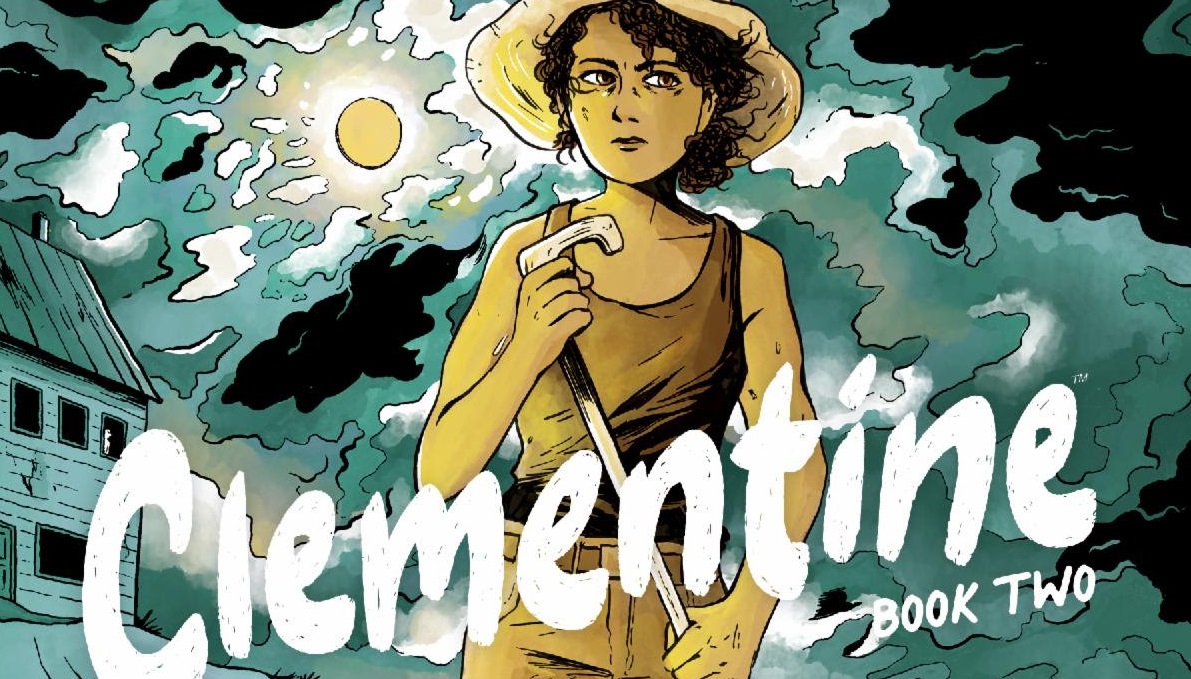 Tillie Walden‘s graphic novel based on Clementine from Telltale’s The Walking Dead games gets a part 2! The sequel to Walden’s Clementine graphic novel is scheduled to release in October 2023.

In Clementine Book Two, Clementine and her new friends are rescued by an island community led by an enigmatic doctor called Miss Morro, but just as Clementine’s scars are finally beginning to heal, she discovers dark secrets that threaten to tear her new life apart. Can Miss Morro be trusted? What about the rest of the islanders? And just how far will Clementine go to protect the ones she loves?

Alex Antone, Senior Editor at Skybound, had this to say about the sequel: “We couldn’t be more proud of the work Tillie did on Clementine Book One. And in Book Two, Tillie takes Clementine’s story to even greater heights with a new heart-pounding and heart-wrenching adventure about finding family, embracing love, and growing up in the darkest of times.”

Walden added: “After the games ended, we thought Clementine’s story was over. And now she’s been through so much more after book one, but it is all really just the beginning. Clementine has much further to go, more obstacles to face, and much more growing up to do. I couldn’t be more excited for this next part of her story. I feel like I’m climbing with her deeper into the depths of love, fear, and family. As usual, there are few challenges that Clementine can’t face, but in facing them, what will she be like when she comes out the other side?”

Clementine Book Two will be available at comic book shops on Wednesday, October 4, 2023 and everywhere books are sold, along with digital platforms including Amazon Kindle, Apple Books, comiXology, and Google Play on Tuesday, October 10, 2023.

In celebration of the release of Clementine Book One, Tillie Walden will also be embarking on a book tour that kicks off this week with special appearances at ALA Annual in Washington D.C. and will continue with tour stops in major cities across America through July. In-person appearances will include book signings and at many stops, insightful conversations with Walden and a diverse roster of special guests that includes some of the most accomplished talent working in the worlds of books and comics today.

Next post Great Scotts! The Back to the Future Musical Will Hit Broadway in 2023

Sean Marshall
August 26, 2022August 26, 2022
Image Comics' Bestselling creator Jonathan Luna (The Phalanx, 20XX: Transport), is returning with a one-shot illustrated in graphite called The...
Sean Marshall
August 24, 2022August 24, 2022
IDW's Teenage Mutant N9inja Turtles: The Armageddon Game comic book series is about to change up things within the TMNT...
Sean Marshall
August 23, 2022
Image Comics David Hine & Brian Haberlin are teaming up again to bring fans their one-shot The Marked: Halloween Special.  “I...
Sean Marshall
July 22, 2022
Disney's Gargoyles is being revived, but sadly it won't be as an animated series but will be for the comics....
Sean Marshall
September 8, 2021
DC released a trailer for their upcoming hardcover anthology comic book Batman: The World! Check out the trailer below! Marking...
Sean Marshall
July 27, 2021July 27, 2021
Warner Bros. DC & Spotify made a deal last year to move forward with an all-new narrative podcast that will...
Loading Comments...