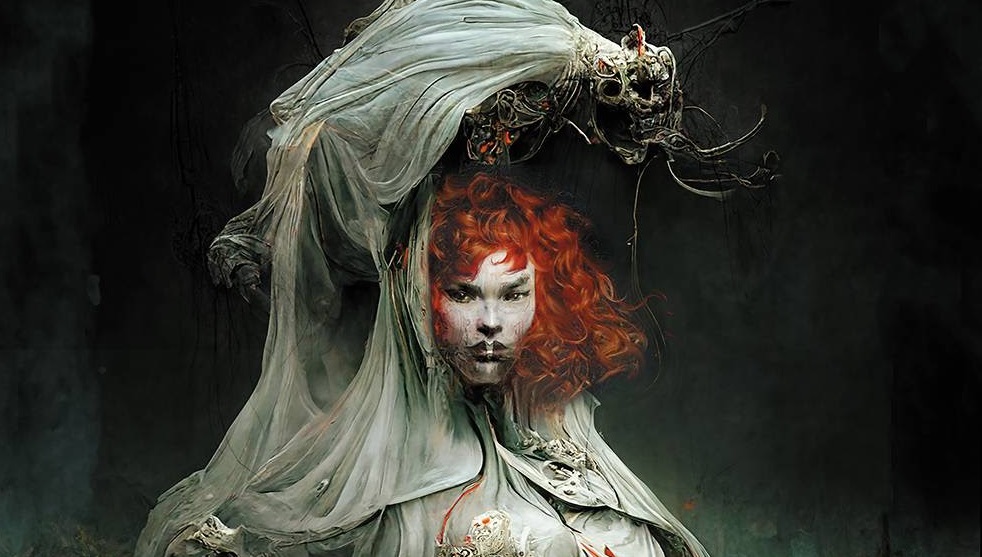 “I love Halloween and wanted to tell a fun and scary story, and who better to cast than my favorite witches! So happy to be in the saddle again with David Hine and Geirrod Van Dyke…and of course my favorite tattooed witches…THE MARKED,” said Haberlin.

Hine added: “I’ve been missing The Marked and I do apologize for killing off half a dozen of them in that first series. I note that Brian hasn’t dispatched any more characters while I was away but I’m back now and it’s Halloween, so nobody’s safe! Brian, why are you crying?”

The Marked is described as follows:

Once every hundred years The Marked are challenged to a game called Rogue’s Night. It’s a game, like Russian Roulette is a game, like Christians vs. Lions was a game. The stakes are high and if The Marked lose, we all lose. Rogue was a powerful witch who was kicked out of The Marked four hundred years ago for using Dark Magic. Every century she takes her revenge by choosing a location to unleash her mischief demons. This time her target is Holy Mountain, Texas, where a radical evangelist called Pastor Jonah is burning books and banning Halloween. According to the pastor, leftists and liberals are literally Satan’s demons in human form. As night falls on Halloween, it looks like he was right. The demons are here and it’s all tricks with no treats for the God-fearing citizens of Holy Mountain. Their only hope of survival lies with the “witchy freaks” known as The Marked, the very people they tried to kick out of town. Did we mention, that if The Marked fail to send the mischief demons back to Hell before midnight, they get to wreak havoc across the world for the next hundred years?!

Sean Marshall
August 26, 2022August 26, 2022
Image Comics' Bestselling creator Jonathan Luna (The Phalanx, 20XX: Transport), is returning with a one-shot illustrated in graphite called The...
Sean Marshall
August 24, 2022August 24, 2022
IDW's Teenage Mutant N9inja Turtles: The Armageddon Game comic book series is about to change up things within the TMNT...
Sean Marshall
July 22, 2022
Disney's Gargoyles is being revived, but sadly it won't be as an animated series but will be for the comics....
Sean Marshall
June 22, 2022
Tillie Walden's graphic novel based on Clementine from Telltale's The Walking Dead games gets a part 2! The sequel to...
Sean Marshall
September 8, 2021
DC released a trailer for their upcoming hardcover anthology comic book Batman: The World! Check out the trailer below! Marking...
Sean Marshall
July 27, 2021July 27, 2021
Warner Bros. DC & Spotify made a deal last year to move forward with an all-new narrative podcast that will...
Loading Comments...