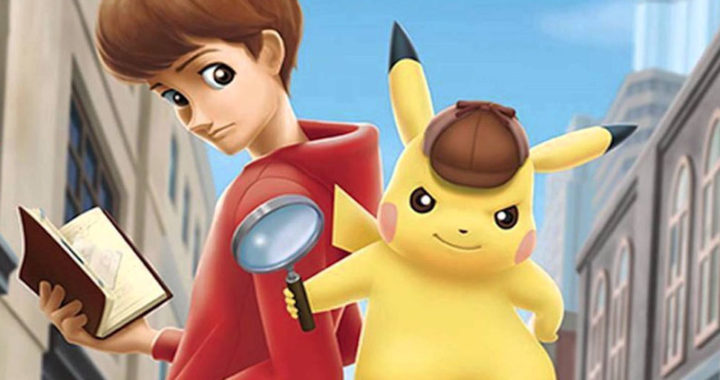 Pokemon gamers in the west have been waiting with their ears to the net for Nintendo to reveal when the game will get its western release. With news about the Detective Pikachu film staring Ryan Reynolds sparking some much expected hype around the game, Nintendo is finally ready to hit the west off with a release date.

Nintendo revealed that Detective Pikachu will release in the west on March 23rd with a pn English trailer. Check out the trailer below.

An action-adventure title, Detective Pikachu finds the hero of the title – a unique Pikachu in the Pokémon world – partnering with Tim Goodman and searching for evidence and clues to solve a series of cases, whilst also investigating the disappearance of Tim’s father, Harry Goodman.

When he arrives in Ryme City looking for his missing father, little does Tim know he would meet a Pikachu, but more amazingly a Pikachu who he could communicate with. There’s more to this Pikachu than a detective hat – he’s one lovably gruff, tough-talking sleuth, with a taste for good coffee.

This Pikachu claims that he worked with Tim’s father, and the two pair up to discover his whereabouts. Together, Tim and Detective Pikachu will encounter a number of mysteries in Ryme City and will need to talk to witnesses and gather their testimony in order to discover the truth. Cases that would be impossible for Tim to solve alone can be cracked with the help of this Pikachu, because he is able to obtain vital clues and information from other Pokémon.