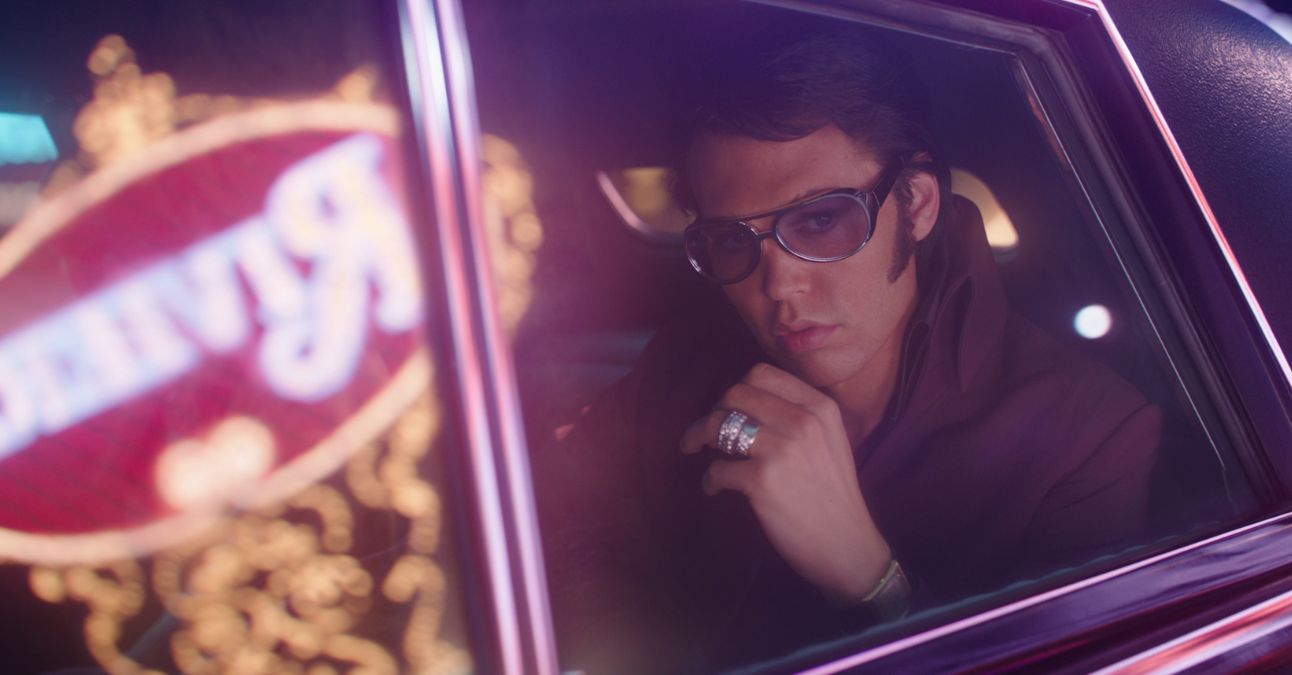 Baz Lurhmann‘s Elvis is a biopic that Elvis fans have been looking forward to seeing since it was announced in 2014. We haven’t seen insight into Elvis’ life in a biopic/miniseries since James Steven Sadwith’s 2005 Elvis miniseries that starred Jonathan Rhys Meyers. However, will this film shine bright & bring the resurrect the energy Elvis once embodied to moviegoers across the world.

The film takes us on a journey that follows Elvis throughout his early days, performing at the local carnival in Tennesee to his last days performing in Las Vegas under the heavy thumb of Colonel Tom Parker, Presley’s manager.

Butler & Hanks were both fantastic. While watching Butler, you feel his triumph, his pain & his loss, which is what makes his transition into Elvis believable. There’s a major complaint about Butler not looking like Presley, but this is so minute because you don’t see Butler while watching this film; you see the King. Hanks does so a great job playing the Colonel that he makes you have an overall disgust for Colonel Parker. This film surprised me by highlighting the truth behind Presley building his onstage persona around African American musicians he looked up to, like Little Richard, B.B. King & Sister Rosetta Tharpe, the Godmother of Rock & Roll.

Elvis isn’t a bad film, but it has one major flaw that rears its ugly head throughout the film & that flaw is Hanks’ Colonel Parker. Hanks did a fantastic job playing with his character, but he overshadowed Elvis, making this feel like a Colonel Parker biopic instead of an Elvis biopic. This film did a great job painting the Col as the villain, but it sometimes came off as a bit too much. Yes, the Colonel did many shady things to Elvis throughout his life, but Lurhmann dwelled too much on the Colonel. Again, this film is 159 minutes & becomes uninteresting after a while because Butler is pushed to the back. I wanted to see more of Presley & Priscilla Presley & we barely got to see their budding relationship or his relationship with his daughter, Lisa Marie Presley. The film elevated the Colonel’s presence over the Presley’s.

Having hip hop play in early sections of the film was a bad decision. This took me out of the movie because it took the energy that went into recreating the 50s & put music from Doja Cat inside an early section of the film, which didn’t fit. Having music from that era would’ve been the best choice. Also, not showing how Elvis took his sound mainly from Roy Hamilton was disheartening. Not only was this glossed over, but Lurhmann didn’t focus on the fact that Elvis started dating Priscilla when she was 14! The movie painted Elvis as a person who was taken advantage of & was broken by Parker, but did not show the man’s flaws.

Lurhmann did a great job directing this film, but the script is where the film suffers the most. The film has a lot of pazazz & that pazazz shines bright during the last hour or so of the film.

Elvis is a lukewarm biopic that misses its mark because Elvis & Colonel Parker’s stories were fighting for the spotlight. If you’re expecting this to focus mainly on Elvis for a while, you will be disappointed, but this is still a must-see film for fans of Elvis or moviegoers wanting a glimpse of the life of the King of Rock.