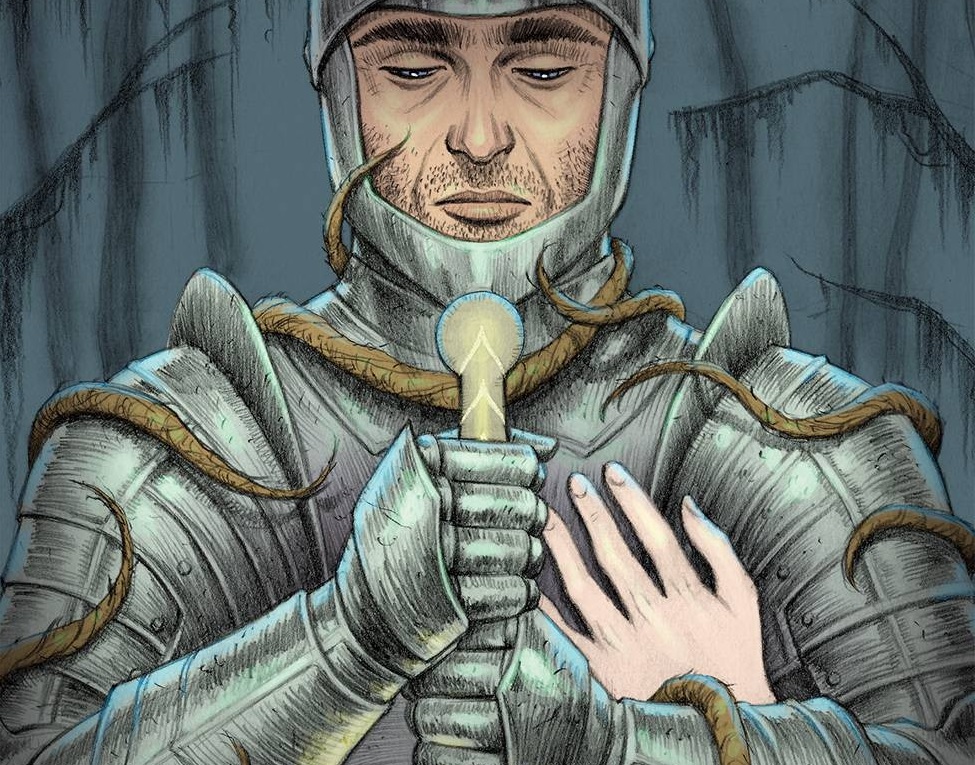 Image Comics’ Bestselling creator Jonathan Luna (The Phalanx, 20XX: Transport), is returning with a one-shot illustrated in graphite called The Knight and the Lady of Play.

Set after a war with demons, The Knight and the Lady of Play follows knight Signore Vincenzo as he travels home to his wife in Italy. In a swamp, he comes across a mysteriously hypnotic woman, Motta, who tempts him to stay with her.

The Knight and the Lady of Play is set to hit stores on November 2, 2022. You can pre-order this one-shot here.

“I’m excited, not only to release my first work of dark fantasy, but also to create it, drawing on paper again. These are my first non-digital comic-book drawings since The Sword,” said Luna. “Also, I will be using just graphite—not ink. Of all my books, this will look the most different.”

Eric Stephenson, Publisher at Image Comics, added: “Working with Jonathan and watching him develop as an artist and a storyteller over the last 20 years has been a real pleasure. And the one-shots he’s been releasing over the course of this year have been a lot of fun, but this latest effort took me by surprise—just the best kind of progression from his previous work and something that makes me excited to consider what his next full-length project will look like!“

The Knight and the Lady of Play will also be available across many digital platforms, including Amazon Kindle, Apple Books, and Google Play.

Next post The First Omen: The Omen Prequel Lands Nell Tiger Free as Its Lead

Sean Marshall
August 24, 2022August 24, 2022
IDW's Teenage Mutant N9inja Turtles: The Armageddon Game comic book series is about to change up things within the TMNT...
Sean Marshall
August 23, 2022
Image Comics David Hine & Brian Haberlin are teaming up again to bring fans their one-shot The Marked: Halloween Special.  “I...
Sean Marshall
July 22, 2022
Disney's Gargoyles is being revived, but sadly it won't be as an animated series but will be for the comics....
Sean Marshall
June 22, 2022
Tillie Walden's graphic novel based on Clementine from Telltale's The Walking Dead games gets a part 2! The sequel to...
Sean Marshall
September 8, 2021
DC released a trailer for their upcoming hardcover anthology comic book Batman: The World! Check out the trailer below! Marking...
Sean Marshall
July 27, 2021July 27, 2021
Warner Bros. DC & Spotify made a deal last year to move forward with an all-new narrative podcast that will...
Loading Comments...