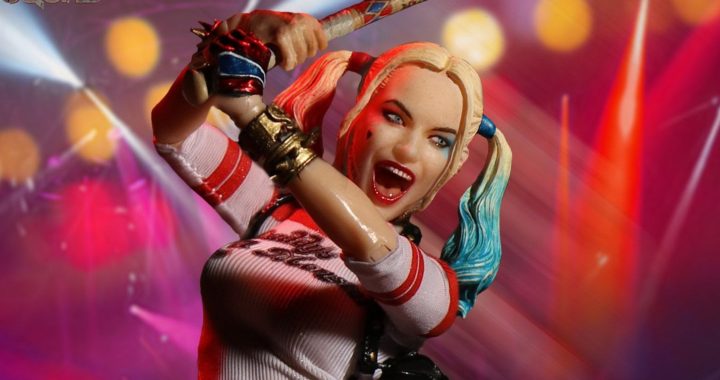 Suicide Squad might not have been the highlight of a DC & Warner Bros’ superhero films, but if there’s one character that definitely left fans lovestruck, it would be Margot Robbie’s portrayal of Harley Quinn.

To keep the fans of Harley Quinn smiling, Mezco Toyz revealed a new Harley Quinn figure that is sure to cause & collectors to run to their wallets & dish out some cash. The figure will cost $75.00. & can be ordered here. Check out the images & official press release below!

The One:12 Collective Harley Quinn

Straight from the DC Comic’s summer blockbuster Suicide Squad comes Harley Quinn. What do you get when a secret government agency forms a super team comprised completely of bad guys? – “Worst. Heroes. Ever”!

Debuting their premiere female body, The One:12 Collective captures every aspect of Margot Robbi’s celebrated portrayal of the dangerously unpredictable Harley Quinn. Crafted with detailing and outfitting never seen before at this scale.

· One:12 Collective body with over 30 points of articulation

Sean Marshall
July 22, 2022
Disney's Gargoyles is being revived, but sadly it won't be as an animated series but will be for the comics....
Sean Marshall
June 22, 2022
Tillie Walden's graphic novel based on Clementine from Telltale's The Walking Dead games gets a part 2! The sequel to...
Sean Marshall
February 17, 2022
SH Figuarts gave toy collectors & fans looking forward to this year's Thor: Love & Thunder their first look at...
Sean Marshall
September 8, 2021
DC released a trailer for their upcoming hardcover anthology comic book Batman: The World! Check out the trailer below! Marking...
Sean Marshall
July 27, 2021July 27, 2021
Warner Bros. DC & Spotify made a deal last year to move forward with an all-new narrative podcast that will...
Sean Marshall
December 28, 2020December 28, 2020
Warner Bros. Pictures is definitely the hot topic in Hollywood right now. With their huge move to release all of...
Loading Comments...