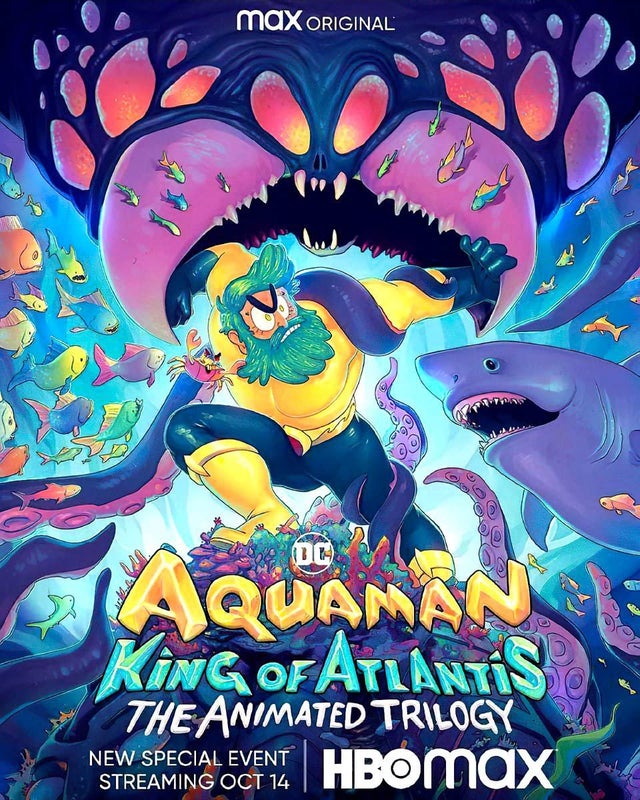 A pretty wide array of announcements have arrived thus far as DC FanDome’s Event continues. However, as most of the shows, movies, and games are still in the works. This is leaving many fans itching to get their hands on some content. Well, they’ve got just that scratch and in a new refreshing style.

Currently streaming on HBO Max is Aquaman: King of Atlantis, a light-hearted, three-part animated mini-series, with two episodes still expected. There’s certainly a lot of content that’s yet to be seen; thankfully, during the event, we were granted an exclusive first look at the series’ second episode.

Based on the DC characters, Aquaman: King of Atlantis stars Cooper Andrews as Aquaman, Gillian Jacobs as Mera, Tom Lennon as Vulko, and Dana Snyder as Ocean Master.