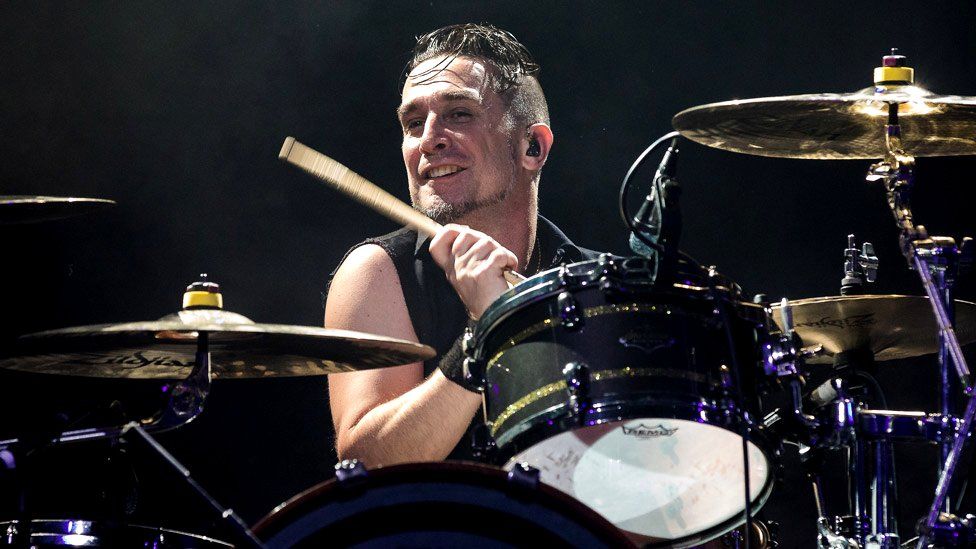 Offspring’s Peter Parada was removed from the band after refusing to take the Covid-19 vaccine. Not only was Parada told that he would not be able to tour with the band unless he got the jab & also told him that he couldn’t show up for sessions at the studio. Parada says that he told the band that his reasons for not taking the vaccine are medical-related, but it looks like the band is not hearing it.

Parada took to Instagram & said this about his removal from the band:

“Since I am unable to comply with what is increasingly becoming an industry mandate, it has recently been decided that I am unsafe to be around, in the studio, and on tour,” Parada wrote in a multi-part Instagram post. “I mention this because you won’t be seeing me at these upcoming shows. I also want to share my story so that anyone else experiencing the agony and isolation of getting left behind right now knows they’re not entirely alone.”

Parada cleared the air about any dislike for the decision made by his band members by stating the following:

“I have no negative feelings towards my band,” he wrote. “They’re doing what they believe is best for them, while I am doing the same. Wishing the entire Offspring family all the best as they get back at it! I’m heartbroken not to be seeing my road community, and I will miss connecting with the fans more than I can express in words.”

Parada went on to further express his opinion on the vaccine by stating:

“While my reason for not getting this jab is medical, I want to make sure I’m not carving out a space that is only big enough for me. I need to state, unequivocally, that I support informed consent — which necessitates choice unburdened by coercion. I do not find it ethical or wise to allow those with the most power (government, corporations, organizations, employers) to dictate medical procedures to those with the least power. There are countless folks (like me) for whom these shots carry a greater risk than the virus. Most of us don’t publicly share a private decision we made in careful consideration with our doctors. We know it’s not an easy conversation to unfold. If it looks like half the population is having a shockingly different reaction to these jabs than was expected, it’s probably because their life experiences have actually been shockingly different, and their reasons range from a conscientious risk/benefit analysis, to the financial inability to take time off work (or) lack of health care in the event of potential side effects, to an understandable distrust in a system that has never prioritized the health or well-being of their communities.”

Although this might be a blow to Parada’s run, he said he’s working on a music project with his daughter, so this won’t be the last time we hear from him.