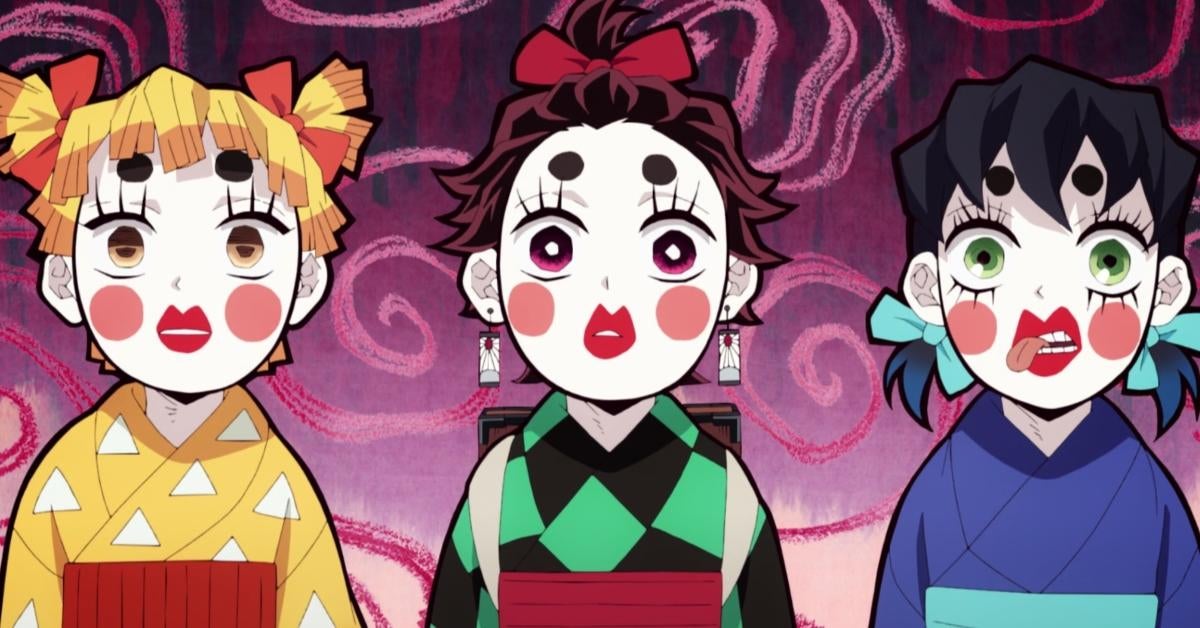 Episode 2 was a funny setup episode that introduced the audience and characters to the place that will be their stomping for a bit- the Entertainment District. Tanjiro, Zenitsu, and Inosuke exploring the district and getting scolded/beat up by Uzui for that was great and made perfect sense for this early in the show.

Immediately, we see that Uzui is clearly not as likable or respected as the previous Hashira we have seen in the series. He introduces himself as the “God of Festivals,” and only Inosuke believes him. Tanjiro and Zenitsu are both immediately skeptical of Uzui, and they believe him to be just as crazy as their boar-headed friend. This dynamic is quite intriguing since Tanjiro specifically has always seemed captivated by the Hashira in his previous encounters. The fact that both he and Zenitsu were not immediately awestruck could set up for some really interesting interactions going forward.

While Uzui might not have wowed the three away at first, the same cannot be said for the Entertainment District. As soon as they enter, Tanjiro, Zenitsu, and Inosuke are captivated by how big and bright the Entertainment District is. It’s quite the difference from the small towns and traditional settings they have experienced throughout the series. Tanjiro comments that the city looks like it is in the middle of the day when they arrive, even though it is nighttime when they enter.

The already brilliant animation of Demon Slayer brings the city alive. The bustling crowds and business of a large city are felt visually and leave you feeling almost as overwhelmed as the main characters. The wonderful animation and art design help show how different the Entertainment District is from anything else our heroes have encountered before.

The Entertainment District is mainly known for being a “red-light district”. The main focus here is on brothels, and Uzui quickly informs the trio that they will be searching for his three wives who have infiltrated different brothel houses in search of more information about the demon threat. He doesn’t tell them until it’s too late that they will have to go in some very interesting disguises. Typically I would find an anime storyline focused around brothels and prostitution to feel too much like fan service, and the historical context here makes it feel a bit more organic. The men dressing as women gag itself does feel pretty outdated, though.

Like the first episode, most of Entertainment District Arc Episode 2 is spent laying the groundwork for what will come in future episodes. It isn’t until the very end that we finally get a brief glimpse of the demon threatening the Entertainment District, but it already seems like they will be quite the enemy for our heroes. I love the direction this season is headed in so far, and the stakes will only get higher from here. It’s easy to see why Demon Slayer is one of the top anime of the year, and it is only getting better as the weeks go on.