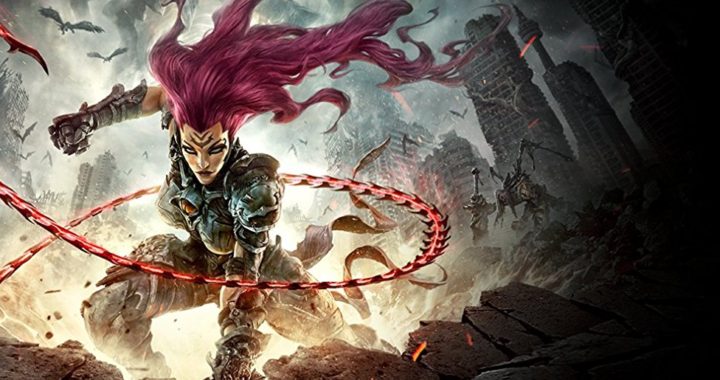 After THQ went under, fans of the Darksiders series thought that this pretty much meant the final nail was out J to the coffin of the series. Rumors circulated that a third game would follow 2012’signs Darksiders III, but we were left empty-handed & talks about the third game remained in the rumor realm.

Amazon.com shocked fans this morning when the released the first information about Darksiders III, including the new character we’ll be playing as. The new game will allow gamers to “explore an open-ended, living, free-form game world in which Fury moves back and forth between environments to uncover secrets while advancing the story.”

Darksiders III is described as follows:

“Return to an apocalyptic Earth in Darksiders III, a hack-n-slash action-adventure where players assume the role of Fury in her quest to hunt down and dispose of the Seven Deadly Sins. The most unpredictable and enigmatic of the Four Horsemen, Fury must succeed where many have failed–to bring balance to the forces that now ravage Earth. Darksiders III is the long-anticipated, third chapter in the critically-acclaimed Darksiders franchise.”

This will definitely be a new & welcomed feel for gamers. Playing as a female, who looks pretty solid should peak the interest of fans, especially since we’really now going up against the Seven Deadly Sins. Darksiders III will be released on the PlayStation 4, Xbox One & PC. According to Amazon, Darksiders III will release on December 31, 2018, but we know this to be a placeholder. It’s certain we will get a more in-depth view of the game at E3 this year.

Next post The First Teaser Poster For Marvel’s Inhumans Released