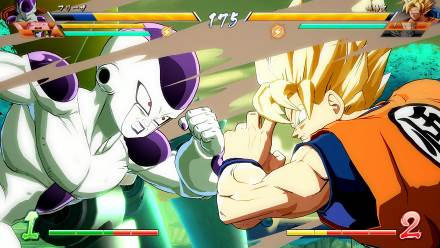 Bandai Namco rocked the house in the Dragon Ball community with their announcement of a new game. The developer announced that Dragon Ball Fighters is hitting the PlayStation 4, Xbox One & PC early next year. The game will be a 2.5D fighting game that uses a three-vs-three team battle system.

Tomorrow Hiroaki, producer on the game said that he aimed for a 2.5D fighting style because it broadens the range for the anime-style game play. Although much is still unknown from the game, we do know that Goku, Vegeta, Trunks, Buu, Cell, & Frieza are confirmed.

It is certain that we will see more from this game at E3 or at this year’s Tokyo Game Show. Check out the two screens below.