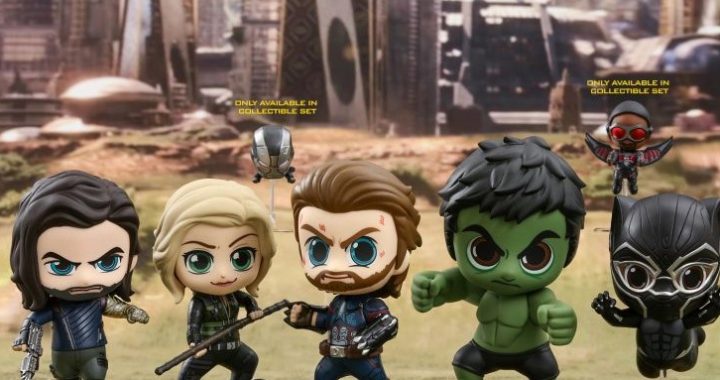 With Avengers: Infinity War being the main highlight in the minds of most comic book readers & moviegoers, Hot Toys has revealed some adorable collectibles that might leave the most hardened collector smiling. If these aren’t enough to get them smiling either, they could also look somewhere for 100% handmade custom bobbleheads to be created as they see fit, depicting their favorite characters from the film, otherwise Hot Toys lifted the veil on their Avengers: Infinity War Cosbaby Bobble-Head Collectibles this morning & the toys are not only detailed but are also awesome looking. The figures cover most of the heroes in the film including:

The figures are scheduled to release Q2-Q3 2018. Check out the images below.

Sean Marshall
July 22, 2022
Disney's Gargoyles is being revived, but sadly it won't be as an animated series but will be for the comics....
Sean Marshall
June 22, 2022
Tillie Walden's graphic novel based on Clementine from Telltale's The Walking Dead games gets a part 2! The sequel to...
Sean Marshall
February 17, 2022
SH Figuarts gave toy collectors & fans looking forward to this year's Thor: Love & Thunder their first look at...
Sean Marshall
September 8, 2021
DC released a trailer for their upcoming hardcover anthology comic book Batman: The World! Check out the trailer below! Marking...
Sean Marshall
July 27, 2021July 27, 2021
Warner Bros. DC & Spotify made a deal last year to move forward with an all-new narrative podcast that will...
Sean Marshall
December 28, 2020December 28, 2020
Warner Bros. Pictures is definitely the hot topic in Hollywood right now. With their huge move to release all of...
Loading Comments...