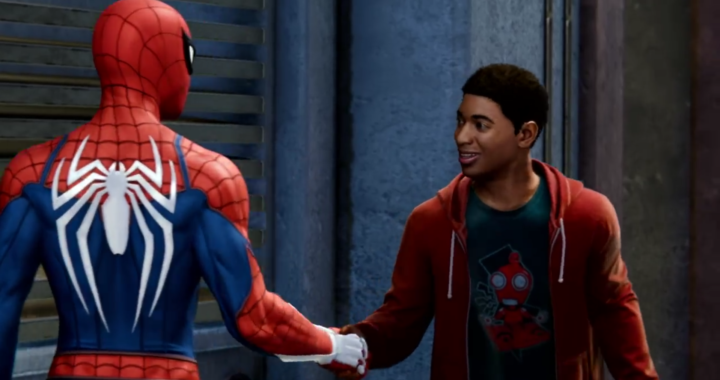 Sony is definitely pushing promotion for the PlayStation 4’s upcoming Spider-Man game at full speed. A new trailer for the game was released today that gave us a other look at Miles Morales, the next person in line to put on the Spider-Man outfit.

Although our look at Morales was short & we don’t get to see him in his Spider-Man outfit, we do get a tease that he is out her trying to be somewhat of a here, which is why Peter steps in & schools him a bit. Could we see more of Parker & Morales crossing paths in the game? We sure hope so, but for now, take a look at the new gameplay trailer below.

An experienced Spider-Man with several years of crime fighting under his belt, Peter Parker has sheer mastery of his powerful spider-sense, dynamic skills, acrobatic abilities and a new suit. This is an all-new Spider-Man universe, featuring familiar characters in unfamiliar roles. Take control of a complex dual life, as a young adult with great powers… and evolving relationships. Swing freely through Marvel’s New York City in epic action set-pieces filled with a rich narrative and relatable characters.