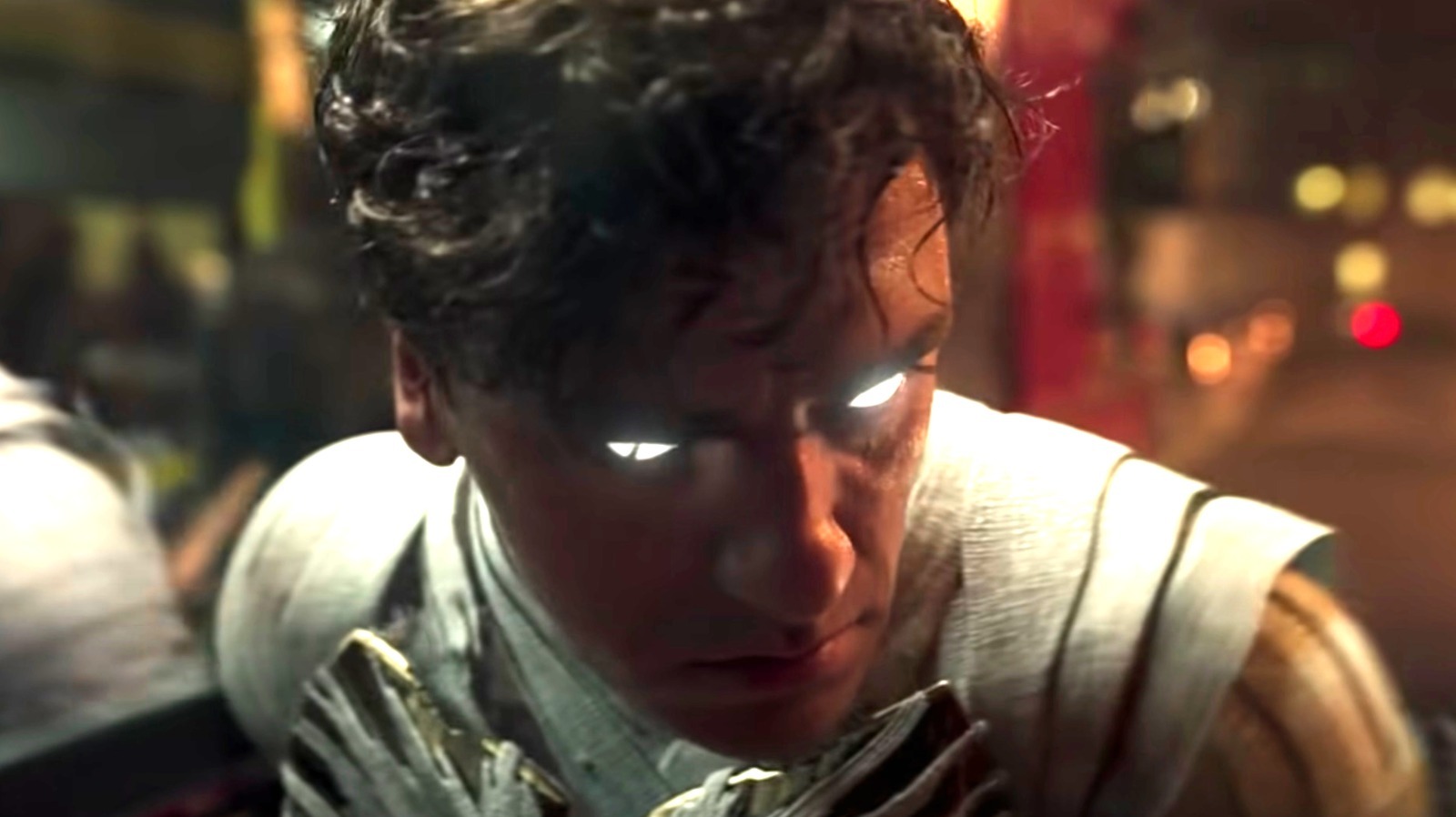 The last time we saw Steven, he gave over his mind & body to Marc Spector & transformed into Moon Knight to lay the smackdown on a jackal monster that Harrow summoned. The following day we see that the museum is wrecked from Marc’s battle the night before & Steven is caught on camera as the only person during the disturbance, making him the scapegoat.

The episode wastes no time pulling Marc Spector from the shadows. Steven used the key that he found tucked away in his flat in episode 1 to lead him to a storage facility where he found out he has a unit there under the name of Marc Spector. While in the unit, he comes across a bag with money, weapons & Harrow’s scarab. This is where Marc pleads with Steven & tells him to let him have control of the body & he also explains that he serves Khonshu.

This episode adds some flavor to the mix by welcoming Layla, who Marc nearly gets run over by while trying to escape Khonshu. Layla is revealed to be the wife of Marc, who has been looking for him since their last mission. We get to see some back & forth between Steven & Marc regarding Layla, especially when Layla reveals to Steven that Marc wants to divorce her. This comes to a halt after Marc tells Steven that if he tells her that he has the scarab, she will be drawn into his world & killed because of him, which fails because she finds out Marc has been hiding the scarab from her.

Things take a turn for the worse when two officers show up at Steven’s flat & arrest him after they find Marc’s passport. The two cops reveal more of Marc’s past as they tell Steven that Marc has a murderous history & was in Egypt as a mercenary. It’s later revealed that the two officers are a part of Harrow’s cult & that Harrow now has knowledge of Marc & Khonshu’s presence within Steven.

The episode has some well-balanced comedic drops. One of the highlights for me is when Khonshu appears in front of Steven & Harrow & tells Steven to break Harrow’s windpipe. Even though we are only on the second episode, it’s clear that Oscar Isaac is an excellent choice for Moon Knight & Ethan Hawke embodies the cunning & deadly Arthur Harrow.

One of the biggest & interesting reveals in this episode was that Harrow was once the vessel Khonshu used to enact his “justice”. He teased this when he & Steven were walking through the city by highlighting Harrow repeating almost everything Khonshu said to Steven. One thing that most viewers were probably waiting to be revealed was how Harrow departed from Khonshu & what led Harrow to serve Ammit. This version of Harrow deviates from his comic book counterpart, but he’s much more interesting. He knows his enemy because he was once the vessel for his enemy, making him a deadly foe to stand against. This confirms, at least for now, that Harrow has already covered the board & has claimed his checkmate. I also feel that Layla might have a connection to Ammit or at least have a link to Harrow. The scene where she’s staring at Harrow taking the life of the homeless man that found the scarab may have been teasing a connection between the two that may be revealed later.

This episode introduced us to an alternate version of Marc’s suit. While nearly falling to his death, Steven summons an alternate version of Marc’s suit, which is called Mr. Knight. The dialogue between Steven & Marc was hilarious here. Marc’s remark on Steven summoning the Mr. Knight suit & him giving Steven credit for landing a heavy punch on the jackal monster. I hope that we continue to see the dualities between Steven, Marc & Khonshu because it’s these moments that keep the blood flowing throughout this series. Also, the scene where Marc finally comes out & summons the suit was excellent. The whole fight scene between him & the jackal was well-done!

There are some things that I’d like to see them cover before the series ends:

This was a well-balanced episode that answered some questions from the first episode & opened up a fresh can of questions that will hopefully be answered in upcoming episodes.