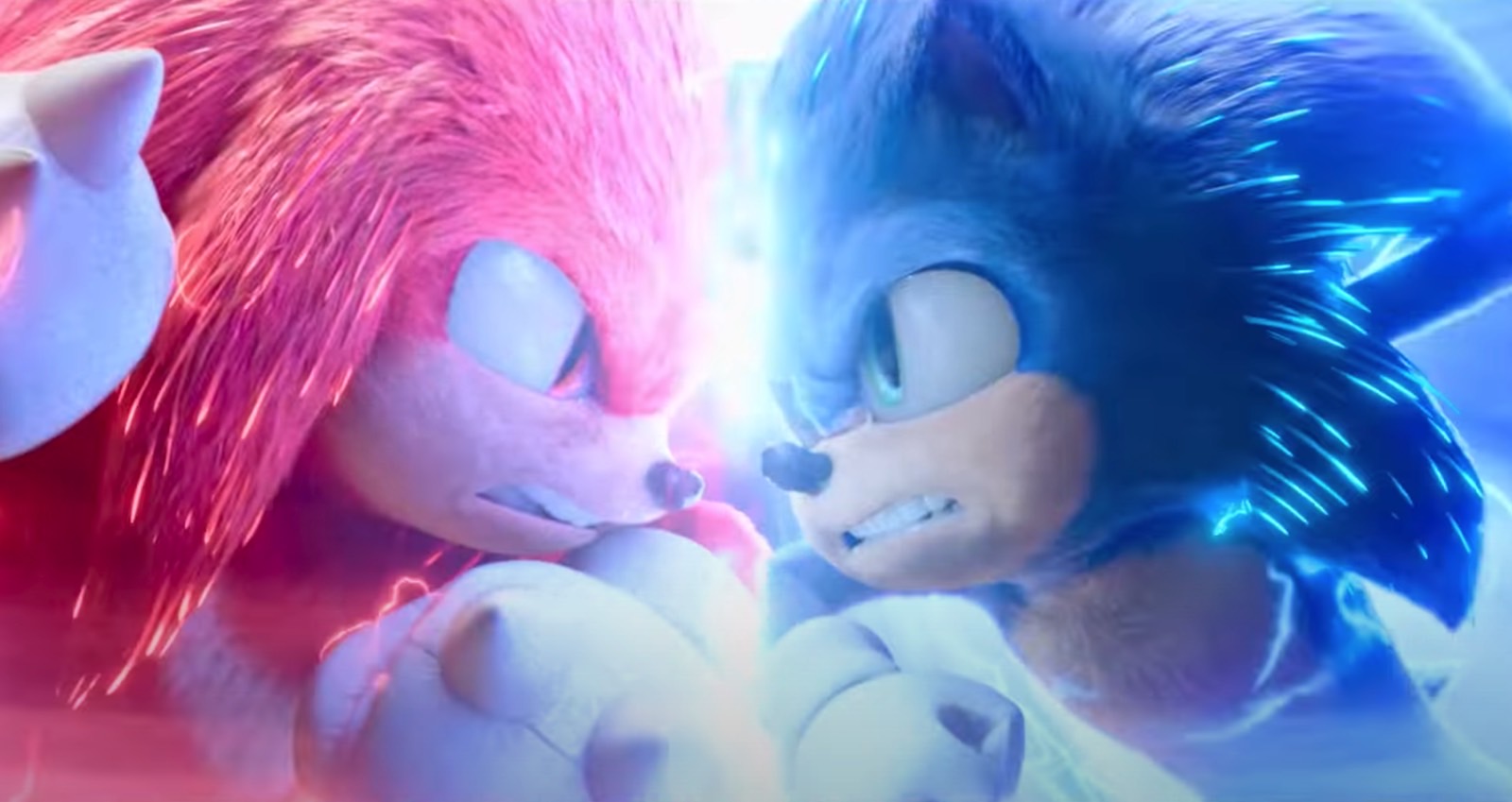 Paramount Pictures’ Sonic The Hedgehog 2 hits theaters today & is the follow-up to 2020’s film. The first film did so well at the box office that the studio greenlit a sequel only a few months after its release. With the sequel adding in the beloved Knuckles, who first appeared in Sega Genisis’ Sonic 3 in 1994 & bringing back Jim Carrey, moviegoers are looking forward to an adventure that succeeds the first film. But does the sequel hold up to its predecessor, or will moviegoers feel exhausted before they reach the finish line?

The film picks up not too long after the first one finishes. Dr. Robotnik (Jim Carrey) escapes his mushroom planet prison with the help of Knuckles & devises a plan to obtain the ultimate power, which is the chaos emerald, to destroy Sonic & rule the universe.

Ben Schwartz once again did a solid job voicing Sonic, but Schwartz’s presence doesn’t save the overall film. The film suffers heavily from a useless subplot that follows Tom (James Marsden) & Maddie Wachowski (Tika Sumpter) attending Rachel (Natasha Rothwell), Maddie’s sister’s wedding in Hawaii. Rachel is marrying Randall (Shamar Moore), who is not what he seems. The Hawaii parts of the film made it feel like two movies in one & were just there to remind us that the two most uninteresting characters from the first film are still a part of Sonic’s story. There were also some terrible greenscreen shots in this film. One scene that stuck out like a sore thumb was the scene with Robotnik & Knuckles in Siberia.

Carrey indeed carried the first film on his own & received praise for infusing comedy into the villainous Robotnik. The well-balanced comedy that Carrey had in the first film fell flat here. Carrey didn’t bring the energy he had in the first film over to the sequel & it made his presence dry & forgettable. Speaking about forgettable, although Tails (Colleen O’Shaughnessey) was by Sonic’s side throughout the majority of the film, the character did nothing memorable. Idris Elba voices Knuckles & did an excellent job bringing Knuckles to life.

Sonic the Hedgehog 2 has more lows than highs & that’s we can point to Pat Casey, Josh Miller, & John Whittington’s script & to Carrey phoning it in. During the film’s climax, there was a standout moment that most Sonic the Hedgehog fans will praise, but even that scene didn’t feel as powerful because of the buildup. Sonic the Hedgehog 2 feels lazy & deflated. The film lacks what made the first film enjoyable & shoehorned in a subplot that took away character development from Sonic & Tails.