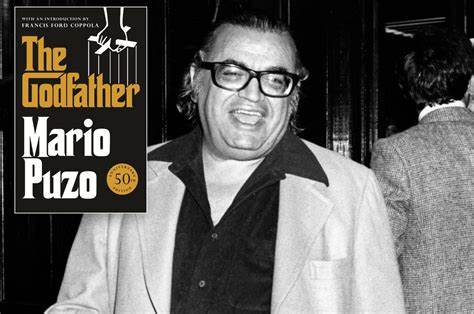 The Hollywood Reporter announced that APA signed the Mario Puzo estate, the author of The Godfather, for representation. APA now has all media rights to Puzo’s novels which includes sales for motion picture & streaming mini-series adaptions.

Puzo rocked Hollywood & readers with The Godfather, which he later adapted into a trilogy of films that were directed by Francis Ford Coppola. Puzo received the Academy Award for Best Adapted Screenplay for The Godfather (1972) & The Godfather 2 (1974). Puzo also wrote the original screenplay for the 1978 Superman film & its 1980 sequel.

Tony Puzo, son of Mario Puzo, said the following: “Mario Puzo created legendary characters and stories, and there is more to mine from his incredible novels that, in the right hands, will fascinate audiences. APA has a great track record of partnering with talent and getting stories on screen, and we’re excited for this next chapter of my father’s work.”

APA has already started discussions with producers to bring Puzo’s unadapted novels to the big & small screen Some of these novels include:

After coming home at the end of World War II, Walter Mosca finds himself too restless for his civilian role in America. So he returns to Germany to find the woman he had once loved–and to start some kind of life in a vanquished country. But ahead of Walter stretches a dark landscape of defeat and intrigue, as he succumbs to the corrupting influences of a malevolent time. Now he enters a different kind of war, one in which he must make a fateful decision–between love and ambition, passion and greed, life and death.

President Francis Xavier Kennedy is elected to office, in large part, thanks to the legacy of his forebears– good looks, privilege, wealth–and is the very embodiment of youthful optimism. Too soon, however, he is beaten down by the political process & disabused of his ideals; he becomes a leader totally unlike what he has been before.

Played out in the underground worlds of high-stakes gambling, publishing, and the film industry, this epic thriller follows two brothers, Merlyn and Arite, as they delve into the dangerous underbelly of American life. From Las Vegas to New York to Hollywood, there is one thing that remains constant: organized crime and the law are simply two sides of the same coin.

In The Family, this singular novelist transports his readers back to 15th century Rome, and reveals to us the extravagance and intrigue of the Vatican as surely as he once revealed the secrets of the Mafia. At the story’s center is Rodrigo Borgia, Pope Alexander VI, a man whose lustful appetites were matched only by his consuming love of family. Surrounding him are his extraordinary children: simple, unloved Jofre; irascible, heartless Juan; beautiful, strong-willed Lucrezia; and passionate warrior Cesare, Machiavelli’s friend and inspiration. Their stories constitute a symphony of human emotion and behavior, from pride to romance to jealousy to betrayal and murderous rage.