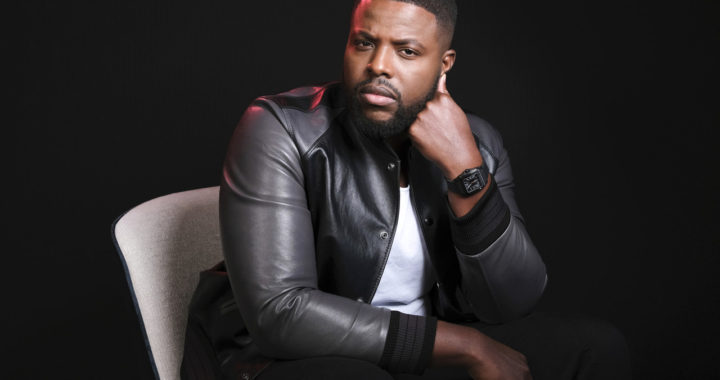 Warner Bros. DC & Spotify made a deal last year to move forward with an all-new narrative podcast that will show Batman in a new light. The new podcast is called ‘Batman Unburied‘ & will be executive produced by David S. Goyer (The Dark Knight Rises, Man of Steel, The Sandman) and his company Phantom Four. To top it off, it was announced today that Winston Duke (Black Panther, US, Spenser Confidential) will be voicing Bruce Wayne/Batman with Jeremy Isaacs (Harry Potter) voicing Alfred Pennyworth.

The synopsis to the podcast is as follows:

Batman Unburied is a psychological thriller that takes us on a new journey deep into the mind of Bruce Wayne introducing a slew of dark twists and turns with a number of classic Batman Super-Villains. When audiences meet Bruce Wayne he is a forensic pathologist, working in the bowels of Gotham Hospital and tasked with examining the victims of The Harvester, a gruesome serial killer preying on Gotham’s citizens. Not only will the Super-Hero be forced to face his own mental demons, but he will also have to overcome them in order to save the citizens of Gotham as his alter-ego Batman

Sean Marshall
July 22, 2022
Disney's Gargoyles is being revived, but sadly it won't be as an animated series but will be for the comics....
Sean Marshall
June 22, 2022
Tillie Walden's graphic novel based on Clementine from Telltale's The Walking Dead games gets a part 2! The sequel to...
Sean Marshall
September 8, 2021
DC released a trailer for their upcoming hardcover anthology comic book Batman: The World! Check out the trailer below! Marking...
Sean Marshall
December 28, 2020December 28, 2020
Warner Bros. Pictures is definitely the hot topic in Hollywood right now. With their huge move to release all of...
Sean Marshall
January 15, 2019January 15, 2019
Surprise, surprise! Sony hit Spider-Man fans with a teaser trailer for their upcoming Spider-Man: Far From Home film! Take a...
Adrian Ventura
December 9, 2018
Gone a bit quietly unnoticed underneath all the smash trailers and big movie information that dropped this week was a...
Loading Comments...