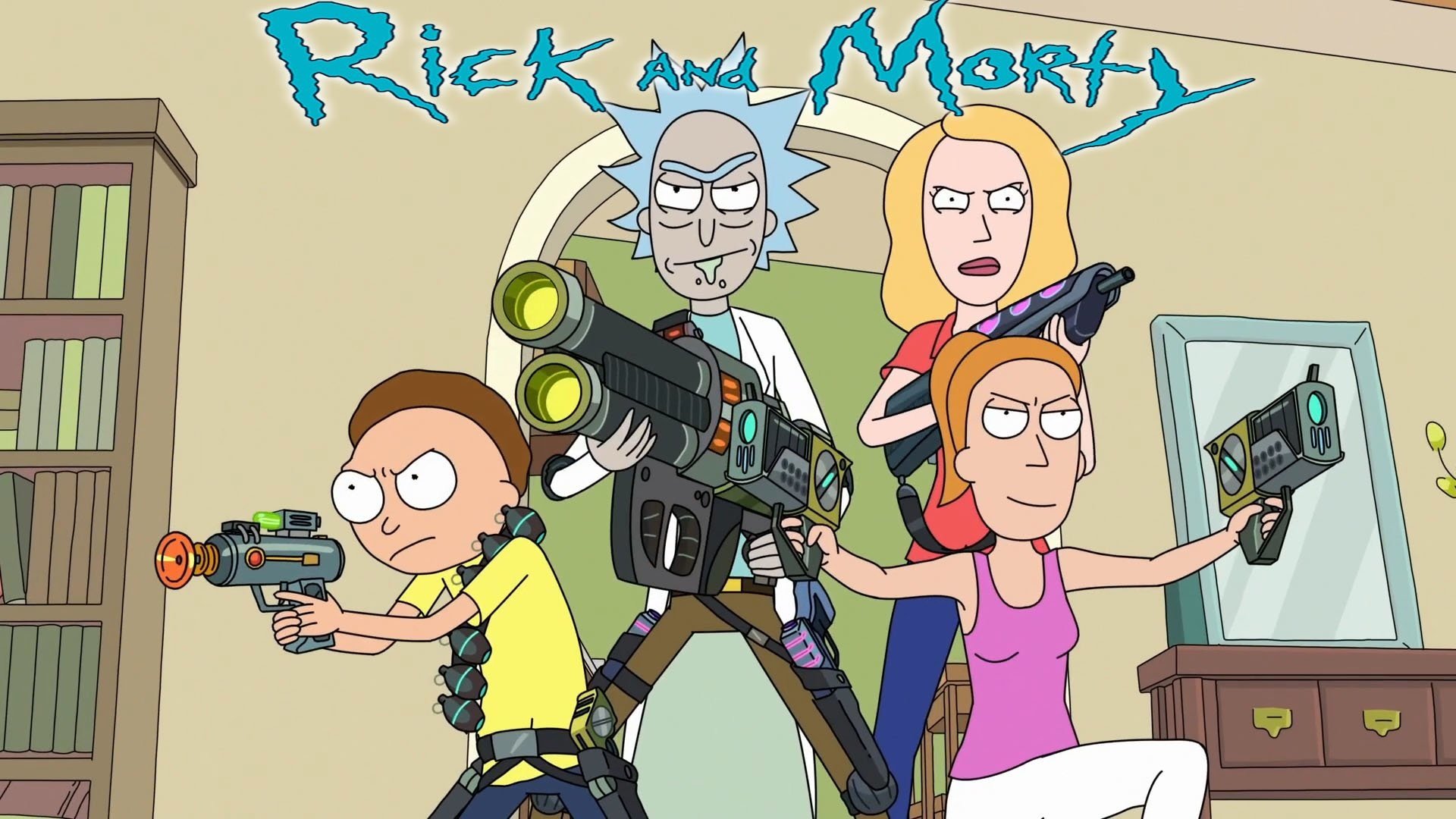 Rick and Morty’s 5th season has been a rollercoaster of confusion, sci-fi nonsense, and sour jokes that leave you asking “Why?”. Additionally, the episodes are loaded with plot, back story, and dialogue; all of which come at such a pace that the jokes either don’t land or there’s not enough time to let them sit. I find myself rewinding multiple times throughout the episodes just trying to process the sheer escalation of events along with the hidden “Easter Eggs” of the episode’s past. That’s not to say the season was a failure entirely, Rick and Morty is easily one of the most creative and original tv shows which leaves fans counting the days until the next release.

Now, after a short 4-week wait, we get the 2-part season finale! These last two episodes have the challenge of wrapping up an otherwise messy compilation of stories. However, ‘Forgetting Sarick Mortshall’ and ‘Rickmurai Jack’ are a solid conclusion to a rather fragile season.

Each episode is about testing the strength of Rick and Morty’s relationship. These are two separate episodes with two different focuses and tones. This first one is closer to a typical season five episode. Rick upsets Morty so much that he goes off on his own anti-Rick adventure. Nick, another man who made a similar mistake as Morty, is now in a psychiatric hospital, with the pair joined by their portals. They get excellent use out of it too, with some action-packed scenes like Morty making a dude eat poop by transferring the contents of a chamber pot by way of the hand/thigh portal system or when Nick takes control of the car Morty’s driving by sticking his hand through Morty’s portal hand. Meanwhile, Rick finds himself on a planet run by anthropomorphic crows, who help him to become more empathetic. The series as a whole has continued to show a softer side to Rick, though he is coming to terms with the abusive hold he has over Morty being the result of him enlisting the aid of trained killer crows is perfect. It also highlights how Morty, despite seeming like he’d be better off without Rick in his life, is just as unable to let his partner go.

The long-awaited return of Evil Morty is here, along with him being president of the Citadel. In ‘Rickmurai Jack’ not only do we get to see what happened after Evil Morty took over, but we finally receive definitive confirmation of Rick’s backstory. It’s finally revealed that Rick’s transformation into a nihilistic grandpa is the result of his wife and daughter Beth being murdered in his garage, with a Rick from another dimension turning up and killing them. Rick then went on a decades-long hunt for the perpetrator, killing hundreds if not thousands of Ricks along the way, until inevitably cutting a pact with the Citadel and settling down for a life with a different Beth. This also confirms the theories that the Beth featured in the show isn’t actually his Beth, which adds a whole new layer to their relationship. We learn Rick never abandoned her, in fact, he spent most of his life seeking revenge on the person who murdered his version of her. Evil Morty’s plans also come to a head with the total destruction of the Citadel, seemingly killing all alternate Ricks and only leaving some Mortys alive. It’s a cataclysmic conclusion, bringing an end to the home of some of the series’ very best episodes, and seemingly doing away with the various Ricks that have punctuated the show.

This finale was a big move for Harmon and considering the Citadel is the most interesting destination in the entire series, it remains to be seen how the show will progress without it. Rick and Morty’s season 5 has been the weakest yet, though its finale might just be one of the strongest its writers have put out. Setting up for an intriguing future for the show, while it doesn’t make up for tiresome episodes (and it especially doesn’t make up for the incest baby), it’s managed to hook me back in and leave me excited for season 6. Let’s just hope that the next season won’t take nine episodes to give us something of value.

Next post Sony Moves Venom: Let There Be Carnage Up For An Early Release