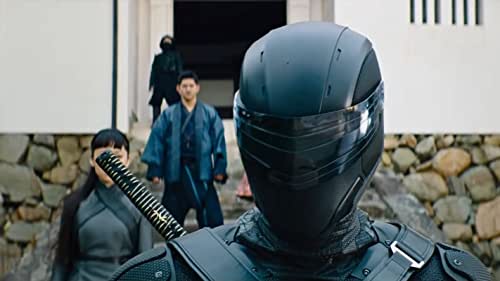 We are giving away screening passes to see an advanced screening for Snake Eyes! If you’d like to attend the screening, click HERE to get your passes. The screening will be held at AMC 19th St. East 6 at 8pm! Please get there early as this is a San Diego Comic Con event & this will most likely be a packed event. The film stars Henry Golding, Andrew Koji, Úrsula Corberó, Samara Weaving, & Iko Uwais.

A mysterious lone fighter, known only as “Snake Eyes”, is welcomed into and trained by an ancient Japanese ninja clan called the Arashikage, but finds his loyalties being tested when secrets from his past are revealed, as he eventually goes on the path to become the famous G.I. Joe hero.