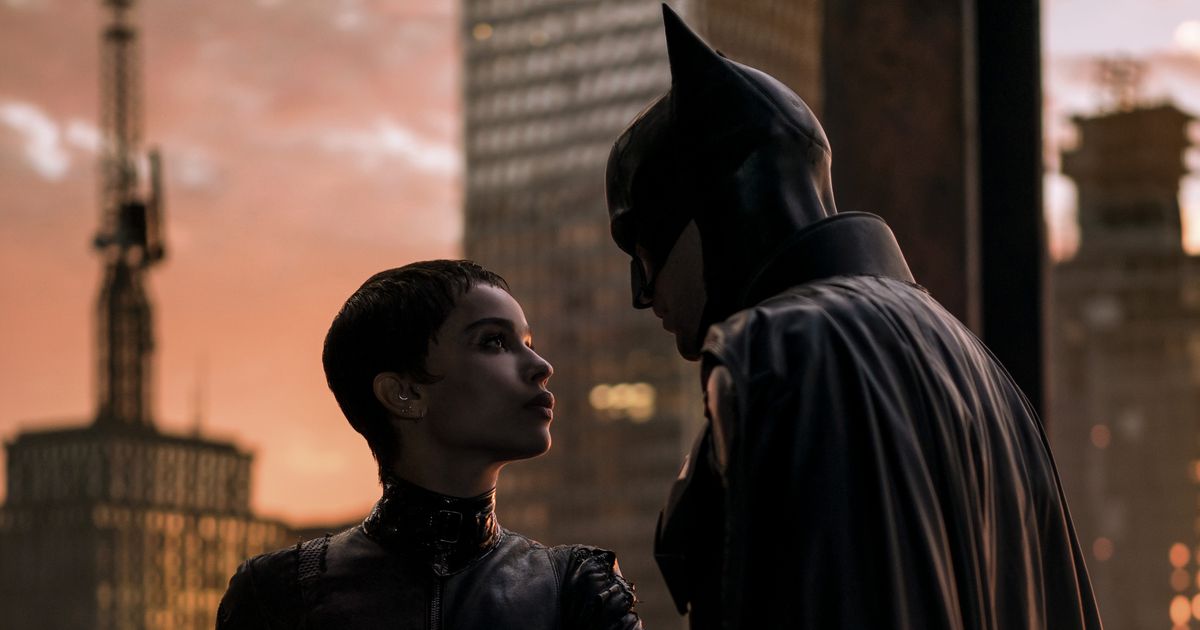 The Batman follows Bruce Wayne (Robert Pattinson) during his second year as Batman as he tries to maintain order in Gotham while being pushed to his limits by Edward Nashton aka Riddler (Paul Dano). While hunting down Riddler, Batman crosses paths with Catwoman (Zoë Kravitz) & the two work together to put the pieces of this criminal puzzle together.

One thing that differentiates this film from past Batman films is that this film builds on the grounds of the villains. In other words, this film is an origin story that centers not on Batman but on the villains that will grow to plague the lives of Batman & the citizens of Gotham. This was a good decision made by Reeves because revisiting the origin of Batman would’ve caused this film to sink.

Paul Dano’s spin on the Riddler was beyond excellence. Saying this might cause an uproar, but I enjoyed Dano’s Riddler as much as I enjoyed Heath’s Joker, if not a bit more. Dano brought a tortured & unstabled Riddler to the table & it was that balance that makes this film shine when Dano is off & off-screen. If I may be so bold, Dano stole the show & not having him in any future films in this universe would be a disservice to the fans.

Pattinson is a solid Batman & trying to compare him to any of the previous iterations of Batman isn’t going to cut it. Pattinson’s Bruce mirrors Dano’s Riddler in some ways, mainly because he’s also a tortured individual & hunts down criminals to expose the fear they’ve tucked away before Batman emerged from Gotham’s shadows. Pattinson’s take on Bruce & Batman is refreshing due to this being a young Bruce & a fairly new Batman. For half of the movie, we witness a tamed Batman, but I will say towards the end is where you’ll see a more swift & brutal Batman. If you loved that warehouse scene in Batman v Superman, hold onto your popcorn because you’re in for a ride in the final act.

Kravitz, Colin Farrell & John Turturro didn’t have any substantial presence in the film, mainly Turturro. Kravitz’s Catwoman has some on-screen chemistry with Pattinson, but it’s nothing that we haven’t seen before with past Catwomen. Turturro’s take on Carmine Falcone was weak & outside of his strong ties to the third act, there wasn’t a need for him to be here as he didn’t stand out until the last act & which was brief. Farrell’s Penguin was forgettable & most people will praise the character based on Farell being unrecognizable, but he didn’t add much to the story & was also briefly in the film. As for Wright’s take on Gordon, I did enjoy seeing that Gordon’s relationship with Batman was established off-screen; seeing them joke around with each other & work together to bring down Riddler was thoroughly enjoyable. Another character that suffered from a lack of screen presence was Andy Serkis’ Alfred. None of the scenes that contained Alfred were memorable & that’s an odd thing to say, especially when you have Serkis playing him.

What we get in this film is a broken Bruce Wayne, a vindictive Selina Kyle, an unstable Riddler, a grounded Gordon & hollow mobsters. The mix sounds well-balanced, but this inclusion of so many characters means that numerous stories had to be told, which led to a drawn-out plot. This didn’t weaken the film, but it felt at times like it could’ve been split in two. Reeves & Peter Craig’s script is inspired by Jeph Loeb’s 13-issue comic book series Batman: The Long Halloween, which was a great series to pull from.