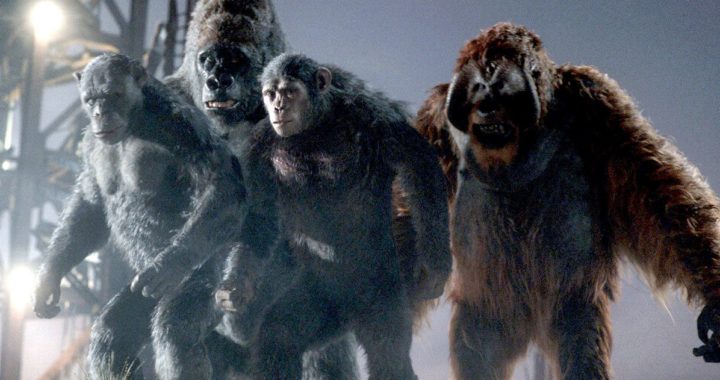 “I don’t think it’s ever been done before. We created it at the Imaginarium, which is my studio. Without giving too much away about it, it’s not like a first-person shooter. It feels like an interactive movie. And that’s all I can say other than that it will be coming out around the same time as the movie.”

Serkis also revealed that the game will not feature the characters for the films.

“It’s a companion piece, it’s not based on the characters from this movie.”

The specific consoles that the game will be landing on are still being kept in the dark, but I think it’s safe to assume that PlayStation VR will definitely take advantage of this game. Serkis revealed that the game will release around the same time as the film.

Some attendees of New York Comic Con & followers of 4 Geeks Like You got the chance to see some early footage & the full trailer for War for the Planet of the Apes last Thursday. I won’t go into details about what was shown, but I will say that this next film will tug out some tears & be a solid conclusion to the trilogy.

War for the Planet of the Apes hits theaters on July 14, 2017. The film will be directed by Matt Reeves. The film stars  Andy Serkis, Woody Harrelson, Steve Zahn, Gabriel Chavarria, & Judy Greer.

Following the events of Dawn of the Planet of the Apes, Caesar and his ape colony are embroiled in a battle with an army of humans. When the apes suffer heavy losses, Caesar wrestles with his darker instincts as he resolves to avenge his kind. The battle pits Caesar against the humans’ leader, a ruthless Colonel, in an encounter that will determine the fate of their species and Earth’s future.

Next post Boyd Holbrook Cast In 2018’s ‘The Predator’