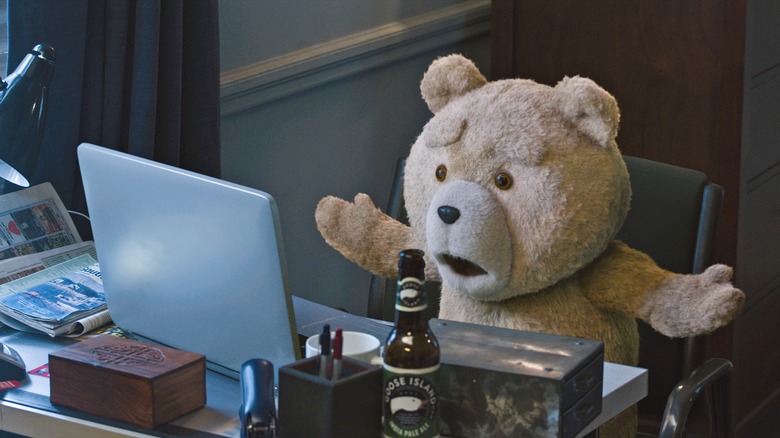 Seth MacFarlane has finally gathered his cast together for his Ted series that will appear on Peacock. The series will be starring Seth MacFarlane, Max Burkholder, Scott Grimes & Giorgia Whigham. The series has been picked up for a 10-episode order & will have MacFarlane reprising the voice of Ted.

According to the synopsis, the series is set in 1993 & Ted the bear’s moment of fame has passed, leaving him living with his best friend, 16-year-old John Bennett, who lives in a working-class Boston home with his parents and cousin. Ted may not be the best influence on John, but when it comes right down to it, Ted’s willing to go out on a limb to help his friend and his family.

Burkholder will be taking the lead role as John, the character Mark Wahlberg played in both films. Grimes (American Dad!) will play Matty, a blue-collar Bostonian who thinks he’s the boss in the family and doesn’t like anyone challenging him, particularly his liberal niece, Blaire. Whigham will play Blaire Bennett, a smart and politically correct college student who is living with her Uncle Matty, Aunt Susan and younger cousin, John. She’s not afraid to be outspoken and frequently clashes with her traditionalist family.

2012’s Ted was directed & written by Seth MacFarlane. MacFarlane starred in the film as Ted alongside Mark Wahlberg, Mila Kunis, Joel McHale & Giovanni Ribisi. The film tells the story of John Bennett, a Boston native whose childhood wish brings his teddy bear friend Ted to life. However, in adulthood, Ted prevents John and his girlfriend Lori Collins from moving on with their lives.

No release date was revealed for the series.